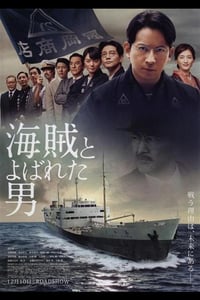 In a time when the main source of energy was still coal, there was a man who saw the future in oil. Young Tetsuzo Kunioka who hails from Moji, Kitakyushu, rides out into the oil business, but is faced with numerous challenges and competitors who stand in his way, including domestic suppliers and major western oil companies, or the “oil majors”. But Tetsuzo never gave up, however despairing the situation was. He always found a way and paved a new road with his unconventional ideas, eccentric actions, and most of all, his caring heart toward his own men. That style of Tetsuzo’s was not something that would ever change, even when the tides were against him in a war-lost Japan.
Takashi Yamazaki
Junichi Okada, Haruka Ayase, Hidetaka Yoshioka, Shota Sometani, Ryohei Suzuki, Toru Nomaguchi, Pierre Taki, Kaoru Kobayashi, Ken Mitsuishi, Shinichi Tsutsumi, Masaomi Kondo, Jun Kunimura
tt5178532